Go as far as you can! Challenge your friends’ high scores and others in the world.Note: Must log in with Google to save game. The developer does NOT store or collect ANY user data.

CHAOS RUNNER 3D CONTROLS:
-Tap inside the “move” area and hold finger down to move (character moves relative to your thumb’s position on the square)
-Tap on the “jump” button to jump
-Tap on the “bomb” button to destroy all objects on screen
-Tap on the “slow” button to toggle slow motion on and off

CHAOS RUNNER 3D PRO TIPS:
-Anything objects that sparkle (rotating bombs, fuel barrels, hourglass) are power ups.
-You lose when a cube lands on your head, you walk into a spike trap, ninja star, or swinging axe. Note that in level 3, you have a health bar, where damage is applied based on impact force
-Purchase the “coin bonus” in the shop early on to maximize your gold income. Coin spawn rate is customized based on level and difficulty selected.

Escape as the temple caves in! Improve your reflexes. There are three levels and three game modes. The longer you survive, the more difficult the level gets, and the more coins appear!

This game is completely FREE TO PLAY, but offers some game items for purchase with real money. 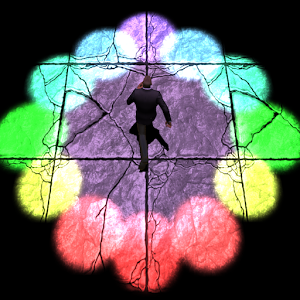