Help the God of Death to Save the world from Human Extinction by collecting Time Sinks,eliminating Zombie and Bosses of 7 continents of the world, and finally
reversing the Time to undone the catastrophe .
Hunt and kill Zombies and become zombie hunter with the powers of The God of Death.
Enjoy this new 3D Ghost Fighter Apocalypse : Zombie and Ghost Games of 2017 in the Role Playing Games Category .

Mac used to work for an MNC in USA(United States of America) ,he was happy and enjoying his life but one day an apocalyptic event took place on Earth .
The Evil forces of hell contaminated major water resources of the world in order to turn living beings into zombies and eradicate life from the earth.

Contamination quickly spread to all parts of our planet and whole population turned into living dead zombies but luckily Mac survived as he was able to find a water source free from contamination.

The world was on the verge of human extinction and then The God of Death came to save
it from the Zombie Apocalypse but he need a human for the quest to reverse the direction of time on Earth to stop the evil forces in hell itself before they contaminate the water sources.

The burden to save Earth, falls on Mac who agreed for the quest .
The God of Death transfers his death powers to Mac who become The Ghost Fighter and Zombie Killer.
The God of Death asked Mac to collect Time sinks dispersed in 7 continents of the World
Each continent has a prime Evil Boss who protects Time Sinks by his Evil Dead Zombies.
Mac who is now Ghost Fighter has to collect Time sinks of each continent and kill its Evil Ghost boss ,once he collects all Time Sinks and kill all Evil bosses, the Time will be reversed and the world will be saved by the God of Death. 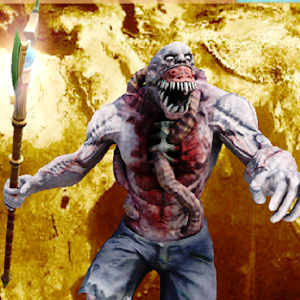