From the makers of Dhoom:3 The Game and FAN: The Game, now play THE OFFICIAL GAME FOR THE BLOCKBUSTER OF 2016 ‘SULTAN’ STARRING SALMAN KHAN – BY YASH RAJ FILMS PVT. LTD.

“Wrestling is Not a Sport, It’s about fighting what lies within” – Sultan

Join Sultan as he makes his wrestling comeback and rises through the ranks to become the Wrestling Champion – witness his fight for redemption, love and GLORY! Bring out the toughest in you as you Kick, Punch and Defend across 60 levels of in-ring action filled combats. Upgrade your Fighting Skills and Challenge your friends to the Top of the Leaderboards

The Odds are stacked against you – powerful wrestlers from around the world stand between you and the Ultimate Wrestling Championship Gold Medal! Do you have what it takes to emerge as the Sultan? 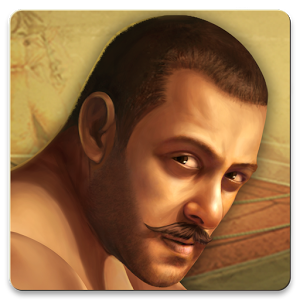