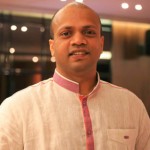 He has been responsible for steering the Global Entrepreneur Program of IBM from scratch to one of the companies to be reckoned by the Startup ecosystem in India and started generating significant Cloud revenue for IBM India.
He has also been instrumental in conceptualizing and executing India`s biggest B2B Startup Challenge, called IBM India Smartcamp, which has set its own benchmark in identifying some of the best innovations in the Country. Many Startups coming in as finalists got funding either for the first time or for their second round. He has been working with Large Enterprises in assisting them in identifying the next generation innovations through joint Hackathons and Startup challenges. Known for his innovative approach, he has also organized World`s 1st Video based Startup challenge called IBMStartupStar. Has Core competency in evaluating B2B startups and advising them on areas of improvement. He is on Board of Advisor to few Startups and Angel Fund.

Prior to this he has been a Software IT Architect in IBM Software Group for over 12 years. He has developed complex architectural solutions involving a broad array of technologies including: Portal, J2EE, Content Management, Business Integration, Security, Database, Analytics, Smarter Cities, and Infrastructure Monitoring . He led many key wins for IBM.
He also Established relationships with Independent Software Vendors (ISVs) with zero IBM software footprint. Got them to adapt IBM technology and later drove IBM revenue through them.

Radhesh also writes articles on technologies which are published in YourStory and Swarajya Magazines.