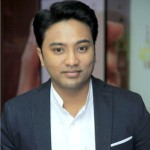 Suhas Gopinath, now aged 30, a resident of Bangalore and hails from a middle class family, where his father was a defence scientist with the Indian Armed Forces. At the age of 14 he was recognised as the world’s youngest certified Professional Web developer through his project coolhindustan.com. Mr. Gopinath was very assertive to be an entrepreneur and wanted to encourage the youth. He set up Globals in the year 2000 from an internet shop and has drastically scaled up Globals as one of the world’s fastest growing Technology companies Focused in Education, as featured in The Economist. At the age of 16, Mr. Gopinath was recognised as the world’s youngest entrepreneur by CNBC and e Business, Canada. With this at the age of 17 he was recognised as the World’s Youngest CEO by leading Medias across the globe including BBC, Washington Times, The Age, etc., including Limca Book of Records. In the year 2005, he became the youngest recipient of the prestigious Rajyotsava Award conferred on him by the State Government of Karnataka. International Association for Human Values conferred “Young Achiever Award” to Mr. Suhas Gopinath at the EU Parliament, Brussels, and he was also invited to address the European Parliament. In 2008, the prestigious World Economic Forum announced Suhas as one of the “Young Global Leaders” and he became the youngest member ever in the World Economic Forum’s history. His detailed biography was featured in the renowned Current Biography Book published in New York along with Hollywood Actor George Clooney, World Bank President Robert Zoellick, Governor of New York David Paterson, and other eminent personalities. He was on the Board of ICT Advisory Council of the World Bank. In 2009, he received his Diploma on Global Leadership from the Harvard Kennedy School at the Harvard University. The same year Suhas was conferred the Make a Difference Award at the Incredible Europe summit held in Vienna. In 2009, the Social Innovators Park (SIP), Singapore conferred on him the SIP Fellow Award at the Global Social Innovators Forum. In 2010, Suhas Gopinath was awarded as the Venture Fellow by the New York City Economic Development Corporation by Mayor of New York City Michael Bloomberg. In 2011, Suhas was the recipient of Indira Gandhi Priyadarshini Award. Mr. Gopinath is also the member Last Mile Employability Framework under the Ministry of Labor and Employment, Govt. of India. In 2012, Suhas was invited to be the Member of the National Expert Advisory Commifee of the Ministry of Science & Technology, Govt. of India. In 2014, Suhas Gopinath received Honorary Fellowship from Gitam University, Visakhapatnam. His latest venture aher his long stint at Globals is, ShopsUp, which he founded in 2016, to help users discover stores and products around them and help brands and retailers get relevant foot traffic to their stores and can do contextual marketing. ShopsUp helps in inducing and incentivising users to walk into stores around them and influence them to make the right purchases in-store. In 2017, Mr. Gopinath was also invited to become the co-chair of the FICCI ICT and Digital Economy commifee.