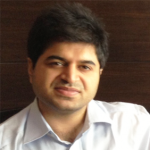 Sahil Chalana, a 2010 BITS Pilani alumnus, founded Collegedunia.com in 2014, a leading educational search portal that is in top 500 at the 266th rank in India according to Alexa.Com. Currently, it is managing a traffic of 0.45 million a day. He believes that technology has a key role in transforming education.

Collegedunia.com, based out of New Delhi, is India’s largest college information repository and review site. The winner of the 7th edition of India Digital Awards organized by Internet and Mobile Association of India (IAMAI), it is a team of nearly 200 employees with an average age of 25 years. It extends an innovative user interface, and credible and in-depth researched content to its audience. Currently, it is associated with esteemed institutions like SRM University, VIT University, Manipal University, Amrita University LPU, Amity University,Suresh Gyan Vihar University, Maharishi Markandeshwar University, Alliance University, Aryan Group of Colleges, Bennett University, to name a few.

His team launched an app in 2015 and it is running quite successfully at present. With about 500,000 installs till now, he is confident about the mobile growth and intends to render counselling services through this app in the near future.
He has also founded 3.14 Digital, a well-known Ad-Tech and performance marketing network that is engaged with over 5000 active publishers on desktop and mobile across the globe. The clientele includes several eminent BFSI, auto, travel and e-commerce verticals such as MakeMyTrip, Flipkart, Amazon, Toyota, SBI, ICICI and Thomas Cook.

He is committed to advancing personalized experience and ensuring that users of varying needs can access pertinent information at all times.